This week college faculty members will bring their expertise to two important issues affecting teen health today. Associate professor of neuroscience, Nadine Kabbani, and professor of psychology, Adam Winsler, will both appear on the public radio broadcast of With Good Reason to discuss two separate societal trends that are each having a significant impact on the lives and health of American teenagers.

With Good Reason is an award-winning documentary and public affairs radio program and podcast. It is produced by the Virginia Foundation for the Humanities and airs on public radio all over the state and across the country from Sitka, Alaska, to Sarasota, Florida, and most places in between. With Good Reason delves into a wide range of topics of discussion with leading scholars in numerous fields. 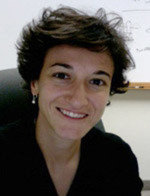 The topic for the January 21, 2017 broadcast titled, “Up in Smoke,” is the continued rapid increase in the use of e-cigarettes and vaping. The first half of the program will feature Mason faculty member, Nadine Kabbani, a specialist in the cellular and molecular response mechanisms to nicotine by the brain and immune system. Kabbani will discuss her new research showing that menthol can actually make cigarettes more addictive. This might be having an out-sized impact on teen smokers as nearly 50% of them choose menthol over regular cigarettes. 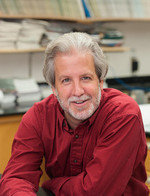 In the second half of the program, Adam Winsler will discuss the findings of a recent Mason study showing that often teenagers are getting far less sleep than the nine hours recommended by the National Institutes of Health, perhaps with devastating effects.

The program will air on public radio channels between January 21 and 27, 2017. A full list of broadcast times can be found on the With Good Reason web site.

You can also listen to previous broadcasts like the December 2, 2016 program on “The Glass Ceiling in the Ivory Tower, ” which featured University Professor and early American historian, Rosemarie Zagarri, who discussed an early state constitution of New Jersey that allowed unmarried, propertied women the right to vote over a hundred years before the 19th Amendment was enacted in 1920.